1. Waterloo: couldn’t escape if I wanted to

It’s all, ultimately, the fault of the New Zealand Company.

If the New Zealand Company hadn’t named the township it founded at Port Nicholson ‘Wellington’ after the British military hero and arch-Tory, the nearby city of Lower Hutt might not have named the suburb in which I live ‘Waterloo’ after the Duke of Wellington’s most famous victory. And if the suburb wasn’t named Waterloo, it wouldn’t have so many streets named after military figures and battles. And if there weren’t so many military names in the suburb, there wouldn’t have been so many poppies popping up on our street signs.

The New Zealand Poppy Places Trust promotes the placing of poppy emblems on street signs for streets whose names relate to New Zealanders’ involvement in overseas wars. Local councils, however, are responsible for researching and verifying the military connections of street names, proposing them for recognition and installing the poppy-emblazoned street signs. In 2018, nineteen streets in Lower Hutt were marked with poppies, and a disproportionate number of those are in Waterloo (see the map here).

Only street names that relate to New Zealand service in overseas wars, from the South African (Boer) War onwards, are eligible for the poppy symbol. A question and answer on the Poppy Places website states:

Are the Maori Wars or the NZ Land Wars part of the poppy places project?

No, these events are commemorated in other ways.

The website doesn’t say what these ‘other ways’ might be. As it happens, the military theme of Waterloo’s street names doesn’t encompass names associated with the New Zealand Wars. The one Waterloo street name that is related to the New Zealand Wars is Volkner Grove, commemorating the German missionary Carl Völkner, whose murder at Ōpōtiki in 1865 sparked Crown military action and confiscation against eastern Bay of Plenty Māori who had no involvement in his death. It is not the connection to the New Zealand Wars that explains the naming of Volkner Grove, however; rather, it is one of a number of streets running off Mission Street that are named for famous missionaries.

As you may already have gathered, I’m not a fan of the poppy places project. It seems to further entrench the exaggerated significance attached to the history of New Zealand’s involvement in overseas wars, compared to other aspects of New Zealand history.

At the same time, perhaps the project is doing us a favour by encouraging us to think about the stories behind our street names? Which people and events have been considered worthy of being remembered in the naming of streets, and why?

2. Look to the sky, the spirit of Te Whiti 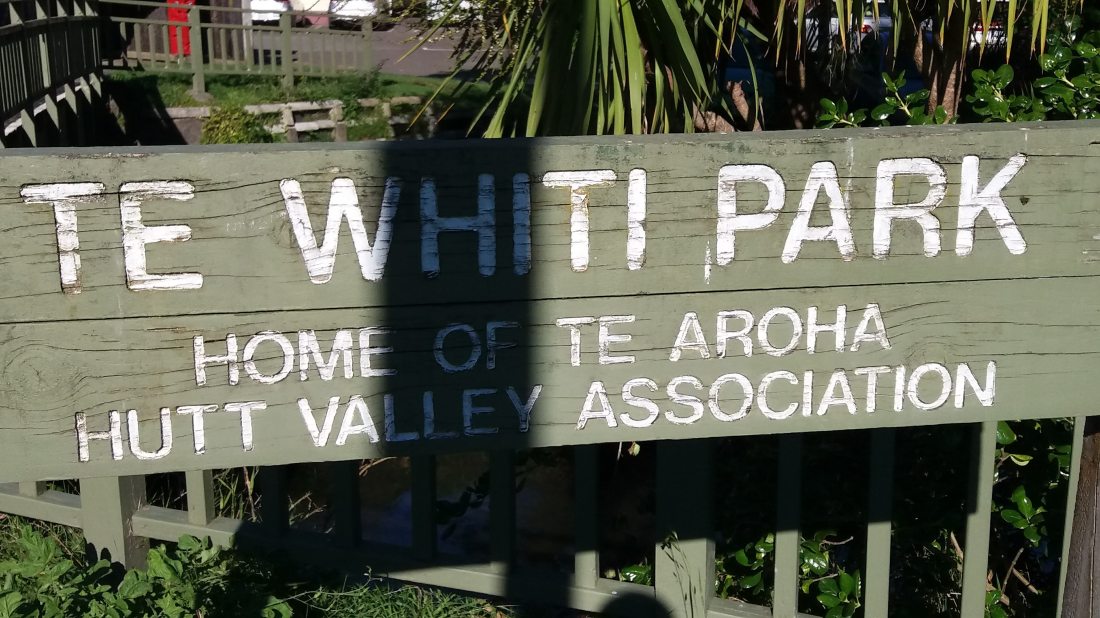 It’s striking that, right next door to Waterloo and its military street names, a very different history is recognised in the names of some streets and places.

The suburb of Waiwhetū shares its name with the stream that runs through it, and with a pā that formerly existed further downstream. Since 1960, it has been home to a marae, whose meeting house is called Arohanui ki te Tangata (Goodwill to All People). The marae’s founder, Īhāia Pōrutu Puketapu, was a follower of Te Whiti o Rongomai, the Taranaki prophet famous for leading the people of Parihaka in campaigns of non-violent resistance against the confiscation of Taranaki Māori land. In addition to the marae itself, a legacy of Puketapu’s influence is the naming of Te Whiti Park, a public park directly across from the marae, and Te Whiti Grove, a nearby street. I take some comfort from the presence nearby of these names that commemorate the peaceful struggle for justice.

One day, as I was walking around the neighbourhood, I noticed something surprising: a poppy had appeared on the street sign for Te Whiti Grove. 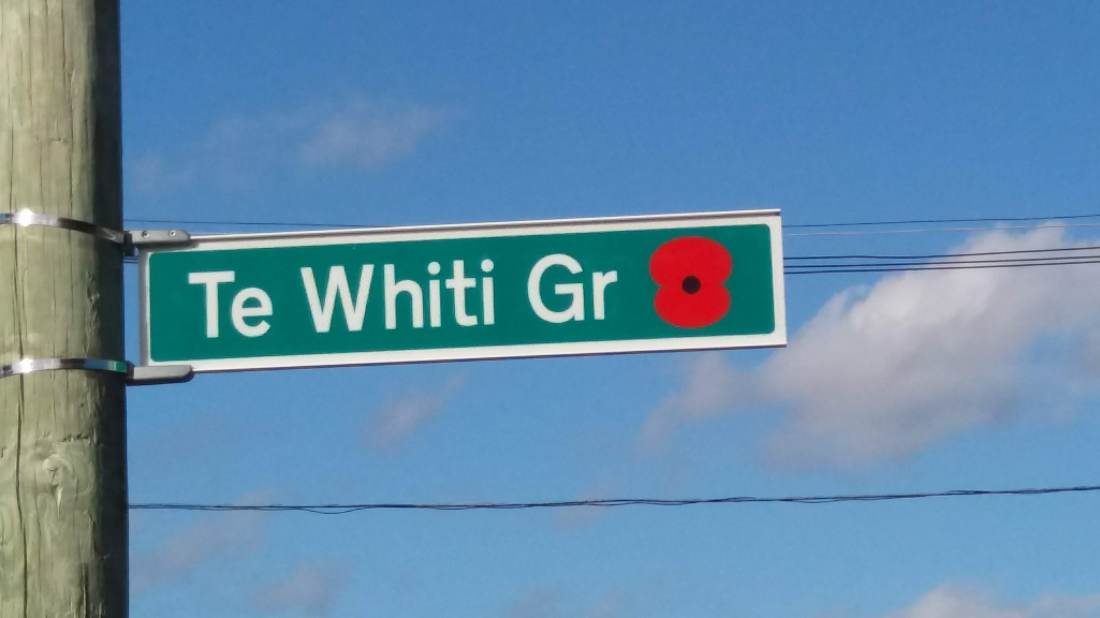 I contacted both the Poppy Places Trust and the Hutt City Council, pointing out the mistake and that it was particularly inappropriate for a street commemorating the leader of non-violent resistance to the armed forces of the Crown to be marked with an emblem commemorating service in Crown forces overseas. To their great credit, both organisations recognised the problem immediately, and the incorrect sign in Waiwhetū was quickly replaced.

The incident raises the question once again, however, of which stories from our history we draw attention to in our street names and signs. Te Whiti Grove, Waiwhetū, is unusual in commemorating a person of importance in Māori history, and particularly someone who represents a tradition of peaceful resistance. Most of our street names still commemorate middle-class Pākehā men. One way of addressing this, of course, is to name new streets, or rename existing streets, after a wider range of people. But another could be to use symbols to highlight those existing names that represent a more diverse range of stories. If local iwi agreed, street names relating to Te Ātiawa and Taranaki history could be marked with the Raukura, for example.

But wait, I hear you ask: where are the pirates? You promised us pirates!

Aye, I said there be pirates, and pirates there be…