In the conclusion to this series of posts adapted from a paper for the 2019 New Zealand Art Crime Symposium, I discuss diversification of the symbolic landscape, or multiplication.

Debates over monuments tend to focus on individual statues or memorials, but this focus misses a larger picture. Taken together, memorials and other symbols in public space (such as names of streets and buildings) convey messages about collective identity, even if they aren’t noticed consciously. They often reflect power imbalances, with some groups having a more prominent place than others in how a community is imagined. In New Zealand and other former British settler colonies, statues in public places are overwhelmingly of straight, white, wealthy men.[1] Memorials disproportionately represent history as seen through the eyes of such men. This is changing, but not fast enough.

Instead of focusing on the possible removal of existing monuments, we could think about diversifying the symbolic landscape. The strategy of ‘multiplication’ involves creating new works of public art that tell different stories and represent different historical experiences from those represented by older memorials. Of course, public art has a cost, one which ratepayers, taxpayers or private sponsors may be reluctant to bear. However, if done well, new commemorative artworks can not only make public spaces more representative of the community but also make those spaces more attractive and interesting for residents and visitors. 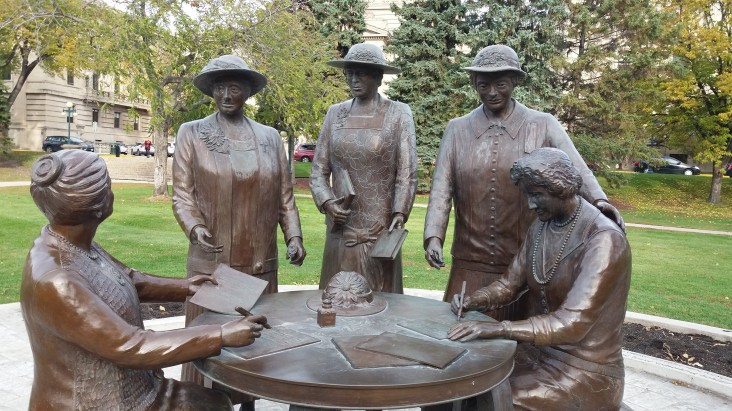 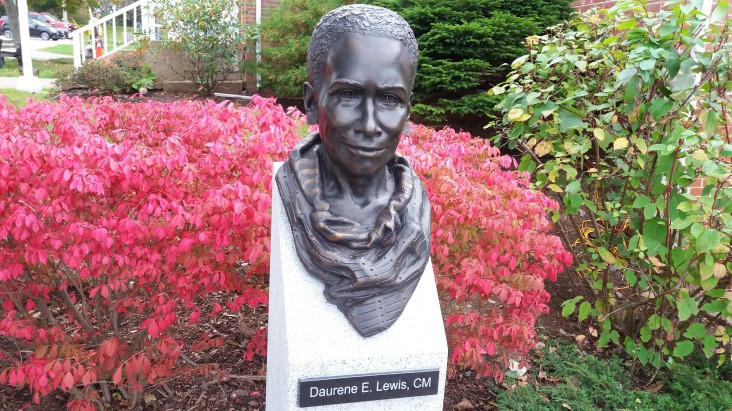 One objection to this approach is that traditional memorials, and particularly statues, have had their day.[2] But even if we accept this view, new commemorative works need not be bronze or stone monuments. They can take new forms that may be playful, provocative, performative, interactive, educational or ephemeral.[3]

Overseas, some of the most interesting challenges to the current symbolic landscape have come from artists whose work is often temporary and responds directly to existing memorials, straddling my categories of ‘addition’ and ‘multiplication’. The Monument Lab project in Philadelphia, USA, is an example of such counter-monuments or anti-monuments. Monument Lab artworks erected in 2017 included Karyn Olivier’s ‘The Battle is Joined’, which encased a Revolutionary War memorial in a mirrored acrylic structure, and ‘All Power to All People’ by Hank Willis Thomas, a giant Afro comb with a clenched fist on the handle, which was placed near a statue of a controversial former Philadelphia mayor.

There is still room, too, for more lasting artworks commemorating historical experiences that have previously been absent from public space. These may depart from memorial traditions largely inherited from nineteenth-century Europe. In Aotearoa New Zealand, we are now seeing more commemorative projects initiated by Māori and employing Māori iconography, particularly carved wooden pou.

One possible concern about the multiplication strategy is that it could challenge some forms of under-representation while perpetuating others. For example, creating new memorials to address the dominance of Pākehā history in public space might still reinforce the tradition of focusing on ‘great men’.

Another potential problem is that creating new memorials might fail to effectively challenge dominant views of history. Instead, it could leave different groups living in parallel historical universes, with incompatible or even competing forms of public memory represented by multiple memorials.[4] We might call this the ‘tomayto/tomahto’ scenario, in which we call off the whole messy business of trying to understand each other’s perspectives on history, or of looking for common ground on which to build a shared future.

There’s also an argument that symbolic recognition through the creation of new monuments is mere tokenism, a distraction from calls for genuine redistribution of wealth and power. A similar argument can be made in relation to calls for the removal of existing monuments: that focusing on the symbolic diverts attention from real, material problems.[5] It’s easier to tear down a monument than to dismantle structural racism; simpler to build new memorials than to construct a fairer society.

As someone who studies symbols and memorials, I admit to being troubled by this argument. I believe that symbols have power, that they play a role in shaping our understanding of the world, and therefore that changing symbols can play some part in building a more equal world. I also think that debates about memorials can provide opportunities to rethink and challenge dominant views of history, and make room for other perspectives. But I can’t help wondering whether, by focusing on what to do with tired old statues of dead white men, we invest them with too much power. Perhaps, sometimes, the best thing we can do is to ignore them, to leave them cloaked in invisibility, their heads a target for pigeons, the foundations on which they stand a convenient platform on which to sit and eat our lunches.

It should be clear by now that I don’t think there’s any one-size-fits-all approach to solving the problem of contentious memorials. All approaches have their advantages and drawbacks – or, perhaps I should say, their pluses and minuses. The status quo can entrench division, leaving some parts of the community feeling aggrieved and excluded by existing monuments. Subtraction, or removal, may be appropriate for monuments that are particularly objectionable, but risks sanitising the past rather than engaging with it. Addition, providing new information or interpretation, can contextualise or challenge memorials. But the reinterpretation can itself be subject to ongoing debate and revision, and may be inadequate to challenge a monument’s original message. Finally, multiplication can help to diversify the symbolic landscape, but can have a significant financial cost. In some cases it could also entrench, rather than bridge, division over how we view the past.

Each debate about historical monuments has to be considered in its own context and based on its own characteristics. Each one is, to remain with the language of mathematics, a unique equation with a particular set of variables. But my talk of mathematics may be misleading, because we can’t reduce the messiness and contradictions of history and human relationships to a mathematical formula. These debates are about history and heritage, but also about power, prejudice and perspective.

I don’t have the answers, but I’ve tried to provide a framework for thinking about whether rogues must fall, and to offer some alternatives to iconoclasm that may get us closer to balancing the equation.

[1] See, for example, the discussion of New Zealand statues in Megan Whelan, ‘Mrs Sheppard and Mr Seddon’, in Bronwyn Labrum (ed.), Women Now: The Legacy of Female Suffrage, Wellington, Te Papa Press, 2018, pp. 139-152. Strictly speaking, I should qualify ‘straight’ by saying the statues are of men who were apparently straight in terms of their public personas, regardless of the realities of their private lives. The point remains, however, that there are few memorials to people who openly departed from prevailing social norms of gender and sexuality.

[4] This danger has been identified in the contemporary South of the United States: David Goldfield, Still Fighting the Civil War: The American South and Southern History, Baton Rouge, LSU Press, 2002, p. 305; Dell Upton, What Can and Can’t be Said: Race, Uplift and Monument Building in the Contemporary South, New Haven, Yale University Press, 2015.

One thought on “Must rogues fall? On the mathematics of monuments. Part 4: multiplication”